1. The hold-back pipes were installed before the industry practice of regular inspection of lifting devices, Non-Destructive Testing (NDT) or Non-Destructive Evaluation (NDE) inspections. Because it is not a pad eye or other similar device on the inspection list, it did not occur to anyone to add it to the inspection list. Although it had been treated as if it were a part of the V-Door King post, it was not. It had been added to the V-Door King post at least fifteen years ago.

2. The crew did not recognize that their use of an uncertified anchor point was a hazard, which meant that the crew did not add the pipe to the rig inspection list for annual certification.

3. The crew reviewed a JSA for laying down drill pipe riser prior to beginning the job. The JSA for the Drill Pipe Riser did not include handling the THRT. When the THRT appeared at the rotary table, the drill crew had a Tool Box Talk prior to picking up the THRT and placing it in its transport skid. However, the existing JSA was not revised nor was a new JSA written for picking up and handling the THRT. Revising the JSA to include this change might have made the crew aware of the way the THRT was handled and avoided the incident.

4. There was a job change and the JSA was not revised.

CORRECTIVE ACTIONS: To address this incident, this company instructed rig supervisors and personnel in the following:

1. Immediately conduct a Hazard Hunt on your rig for non-typical devices which are used as anchor points, lifting points or used to change direction of forces, such an air hoist cable. If it can be qualified, add the device to the rig lifting-point inspection list, otherwise remove it immediately.

2. Review this incident with all crew members. Emphasize the importance of being alert to changes in the job. Remind them that a change in the job signals that it is time to stop the job, take a step back, and either revise the existing JSA or create a new JSA for the changes that are occurring. 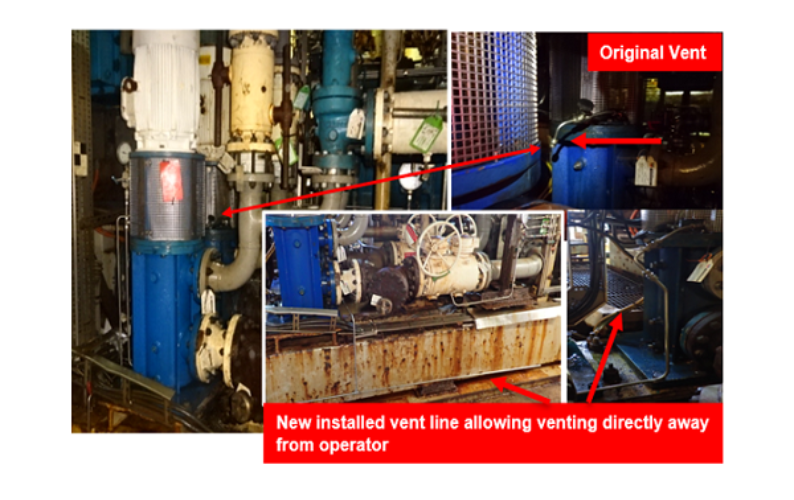 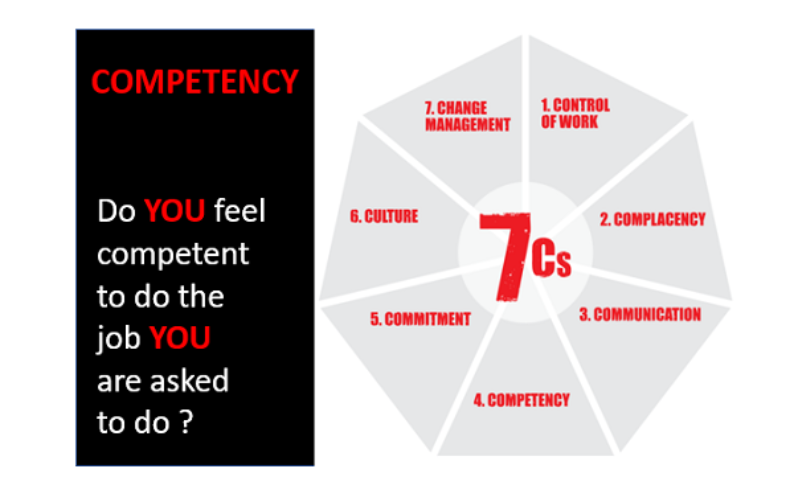 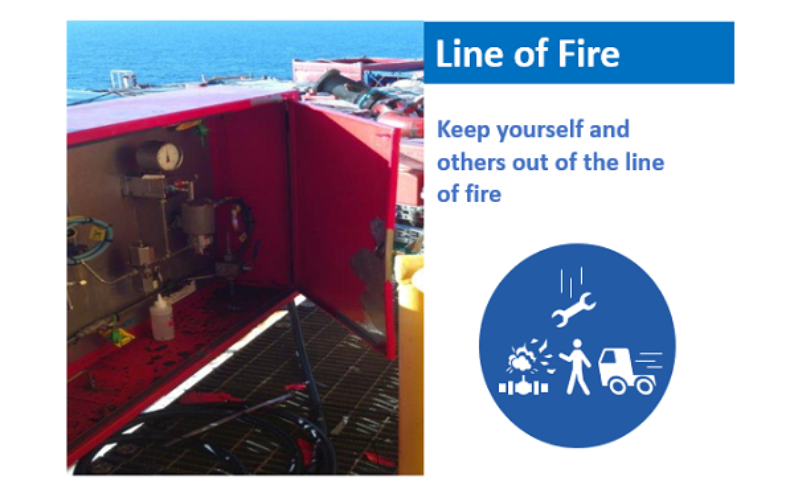