Due to hatch size constraints, the master valve actuator assembly had to be removed to allow the xmas tree to be lifted from the wellbay area.

This deviation had not been encountered previously during this task which had been performed many times before, although at that stage the compressed volute spring remained in a safe condition. Subsequently, the technician decided he would release tension on the valve actuator volute springs, which retained a compressed load, by unscrewing the valve stem nut. Co-workers challenged the technician, who gave repeated assurances that it was safe to continue.

During the use of an air driven impact wrench to remove the valves stem nut, the nut released after shearing off the last two threads, thereby releasing the stored compressed energy of the volute spring. This resulted in the technician who was standing directly in front of the spring to be thrust backwards thereby sustaining injuries.

The technician had extensive experience on wellhead equipment but did not understand the inherent risk associated with the compressed volute spring when attempting to remove the stem nut. Such an activity is safe practice that can be undertaken with most other actuator types but not this type - the removal of the stem nut led to an instantaneous stored energy release from the volute spring under compression. 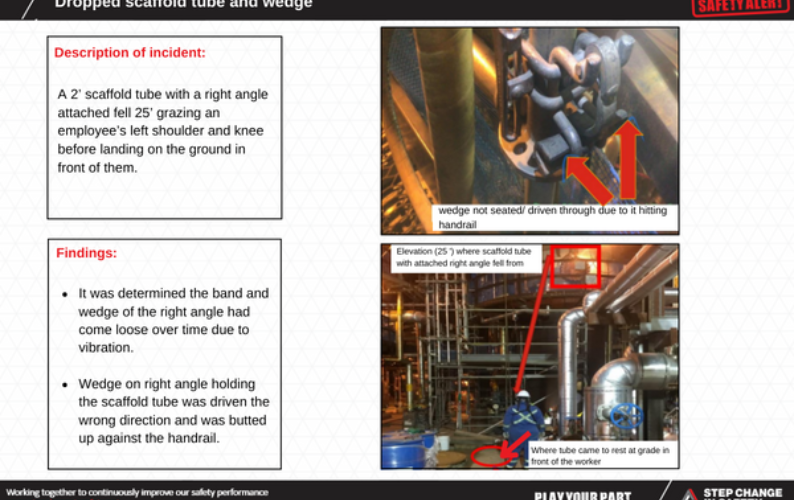