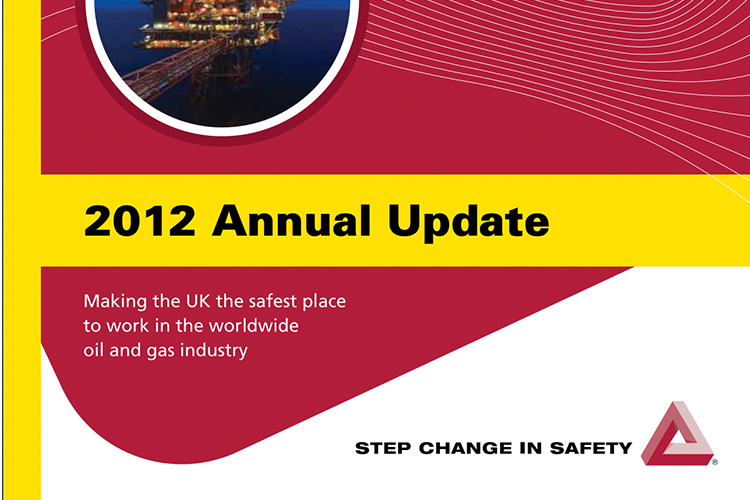 Step Change in Safety, the industry body which seeks to make the UK the safest place to work in the worldwide oil and gas industry, has published its 2012 Annual Update which reviews the organisation’s achievements of 2011 and sets out its future plans.

Step Change in Safety co-chair, Ken Robertson, said: “Step Change is all about the entire industry coming together to share best practice, agree common areas for improvements in safety and deploy these across the sector.

“The industry recognises it is critical to reduce the number of hydrocarbon releases; this has been top of the agenda as Step Change steering groups have focused their efforts on asset integrity and improving safety culture.

“Step Change has risen to the challenge of reducing leaks year on year, by developing a wide range of tools to help companies ensure their staff have the required good practice guidance, competencies and leadership skills. A huge amount of work is going on to share data and best practices across the industry.

“There is still work to be done and a strong push is needed in the next year and beyond in order to get to where we want to be.”

Since Step Change was created in 1997, the offshore oil and gas industry has seen a:

In terms of non-fatal accidents, the offshore oil and gas industry is the third-best performing sector in the UK. It has a better safety record than the public sector, retail and general manufacturing with only finance/business and education performing better (Source: HSE statistics covering non fatal injury rate per 100,000 workers, separated by industry sector 2008/09 to 2010/11.)

One of Step Change’s key achievements of the last 12 months was bringing elected safety representatives into the Leadership Team.

Step Change co-chair Martin Ellins continued: “We highly value the input from our workforce and we know that an engaged workforce is a vital component of a safe working culture. We have reached out to the workforce and are delighted to now have safety representatives directly involved and playing their part in Step Change’s Leadership Team.

“Their active participation and their help in challenging the wider UK oil and gas industry to make the positive changes required to continue to improve offshore safety will be very important.”

Step Change has also recently appointed a new team leader to co-ordinate the work of the steering groups. Les Linklater, who brings over 20 years of oil and gas experience to the role, replaces Dave Nicholls who has moved on.